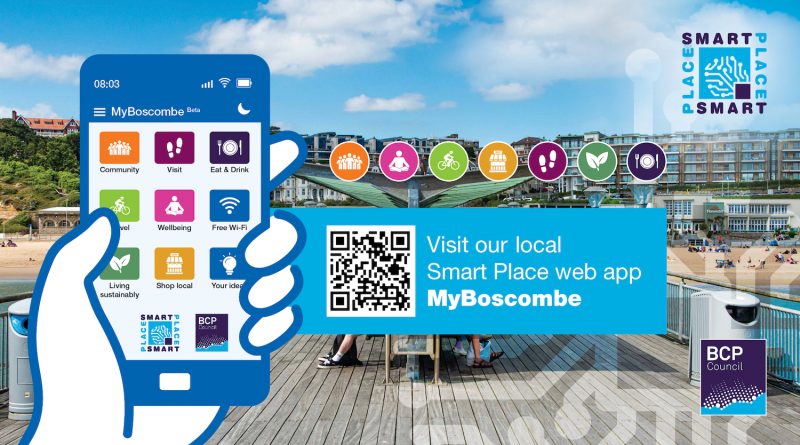 Events and Attractions Health and Beauty Other Bits and Pieces! Shopping
May 21, 2022May 21, 2022 Webmaster

As part of BCP Council’s Smart Place programme, a new local app for the Boscombe community has been launched to deliver valuable information to local residents, businesses and visitors to the area.

People can visit the app via: myboscombe.azurewebsites.net/App/

Built as a Progressive Web App (PWA), MyBoscombe can be used either as a website or as a phone app.

Funded through the digital sector of the Bournemouth Towns Fund, MyBoscombe enables a range of users to connect directly with their local place, through promoting support organisations, community groups, independent shops, restaurants and travel operators. The MyBoscombe app also provides details about local jobs, social groups, volunteering opportunities and information on places to visit, as well as information about local services available from the council, its agencies and much more.

The web app has been developed alongside community groups, local stakeholders, businesses and BCP Council departments. Following a competitive process, local company IoTech Limited was commissioned to build MyBoscombe under the direction of, and in collaboration with, BCP Council’s Smart Place team.

Michael Leggett, Managing Director of IoTech Limited said, “We at IoTech could almost instantly visualise the benefits of such an innovative, place-centric, platform and there was no better way of presenting such an idea than using the latest technology in the way of a progressive web app”.

Michael continued “It’s been an absolute pleasure working with BCP Council’s Smart Place Team. We could not have wished for a more streamlined, supportive and professional team to work with. We thoroughly look forward to our next challenge together”.

In order to produce a worthwhile app from which people can benefit, the project is split into two phases starting with a beta version of MyBoscombe to help the BCP Smart Place team establish both the technical feasibility of the app and what value it provides locally. Critical to the growth of the PWA will be the ideas and feedback which users can submit directly via the app.

BCP Smart Place aspires for phase 2 of MyBoscombe to become more sophisticated, with greater technical capability including a more interactive platform, further accessibility features and to have a comprehensive suite of products and resources available to use.

Boscombe Ward Councillor Jane Kelly, Lead Member for Communities said “I am delighted to see the launch of the MyBoscombe app take place. Having such valuable local information all in one accessible place will be a real asset to the Boscombe community. With so much on offer in the area, from wellbeing organisations to cultural events, MyBoscombe provides a platform to promote all of the great work taking place that people may not know about.”

Councillor Jane Kelly added “Key to the success of the app is working with local people, businesses and communities, to make sure it focuses on what matters most so it is important that people submit ideas of what they want to see next.”

People can submit their ideas directly via the app by using the ‘Your ideas’ lightbulb button. General feedback on the use of the app’s features can also be submitted.

Deputy Leader of BCP Council and Portfolio Holder for Development, Growth and Regeneration, Councillor Philip Broadhead said “This is an excellent example of how our council’s Smart Place programme is delivering digital solutions to improve local lives, the vibrancy of our communities and the prospects of our local businesses.

“The MyBoscombe PWA will connect our council’s Smart Place programme to people and drive traffic directly to local services. I look forward to seeing the app grow and expand as more businesses and organisations join the app.

“Supporting local businesses is a key priority for both the council and its Smart Place programme so through promoting them, the MyBoscombe app will help to retain value within the local economy and to help safeguard and create local jobs.”

MyBoscombe can be used via any device with internet access without the need to subscribe or download anything. Although supported by website desktops, users with smart phones or tablets can add the PWA to their home screens so it can function similar to a traditional app.