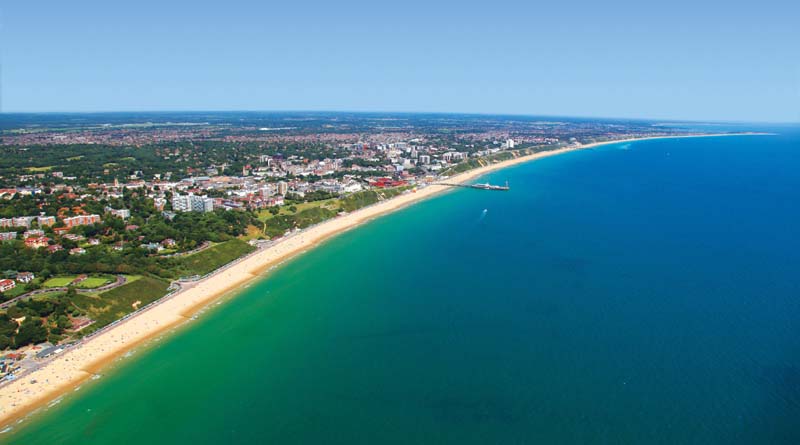 It’s that time of year when environmental charity, Keep Britain Tidy presents its iconic Blue Flags and Seaside Awards to the UK’s very best beaches, and Bournemouth, Christchurch & Poole has been confirmed as the area with the most accolades – clocking up 23 awards in total.

Having come together under one local authority earlier this year and including the UK’s Best Beach – as voted in TripAdvisor’s Travellers’ Choice Awards for the second year in a row, Bournemouth, Christchurch and Poole now boast a combined total of 9 Blue Flags and 14 Seaside Awards.

On top of this, all nine Blue Flag locations have the added honour of receiving Seaside Awards, as well as the beaches at Bournemouth, Boscombe, Friar’s Cliff, Avon and Highcliffe.

Keep Britain Tidy’s Chief Executive Allison Ogden-Newton said: “The success of the 156 beaches in reaching the very high standards demanded by both awards is testament to all those who have worked so hard to protect and improve our beaches – from beach managers and volunteers to local people and businesses.

“When you enjoy a trip to a beach flying an international Blue Flag or Seaside Award, you know you are on one of the safest, cleanest and very best in the country.”

With the May bank holidays heralding the start of the season across the resort, a litter campaign launched last year in Bournemouth & Poole appeals to beach visitors to continue to look after the area’s award-winning beaches.

Leave Only Footprints was devised in 2018 with the intention of encouraging beach-goers to clear up after their day at the seaside, putting rubbish in the bins provided. The campaign has since broadened its scope to encompass steps taken towards making the award-winning south coast destination greener and, in line with its world-class vision, at the forefront of sustainable and eco-friendly tourism.

Embraced by the local community, as well as a host of businesses and organisations, the campaign has amassed 1575 volunteer hours on litter picks and beach cleans across Bournemouth and Poole in the last year.

Chris Saunders, Head of Operations for Bournemouth, Christchurch & Poole Tourism, said: “We’re so proud of the numbers of awards we’ve received this year. The team works hard to care for our beaches and Leave Only Footprints has reinforced a sense of pride among locals and regular visitors too. We consider ourselves very lucky to be the guardians of such a breathtaking stretch of coastline and it’s great to know that Keep Britain Tidy have given us their stamp of approval.

“It just goes to the show this really is the coast with the most!”