Following its debut last year, Bournemouth’s Metropole Market is returning to Lansdowne with five new street markets between May and October 2018.

Returning to Holdenhurst Road, Lansdowne, on the last Sunday of the month from May to October 2018 (with a break in August) the renowned Metropole Market is set to bring back an abundance of fayre, including some of the best local traders, food & drink sellers, artists and craftspeople that Dorset has to offer. With renewed support from the local business community and Bournemouth Town Centre BID, Metropole Market is hoping to attract more visitors with five new not-to-be-missed markets. Brimming with exciting entertainment, there will also be more live music, dressing up and energetic street performances to amuse even larger crowds.

Last year’s Bournemouth Metropole Market attracted in excess of 40,000 people with a series of free one-of-a-kind events from September to December. Each market had its own distinct theme, delivering a carnival-like spectacle which brought families from far and wide to Bournemouth.

Like 2017’s markets, each of this year’s markets promises its own individual and exceptionally spectacular theme. Confirmed themes for 2018 will include, ‘Alice in Wonderland’ in May, a ‘New Orleans Jazz Festival’ in June as part of the Bournemouth Jazz by the Sea Festival, and, back by popular demand, a Mexican ‘Day of the Dead’ theme for October.

Lyn Turnbull, Co-Organiser of Metropole Market, said:
“Following our huge success at the end of 2017, we’re delighted to be bringing back the Metropole Market with another wonderful series of spectacular street markets. Each will be unique in its own way and highlight Bournemouth’s excellent array of local businesses, producers, entertainers and musicians. If you’re a trader or performer and would like to be involved, whether you took part last year or not, we encourage you to get in contact with us as soon as possible.’’

The Metropole Market is sponsored by Bournemouth Town Centre BID. It will once again be situated on Holdenhurst Road between Lansdowne Roundabout and St Paul’s Roundabout, lining the street with stalls and dedicated events spaces. 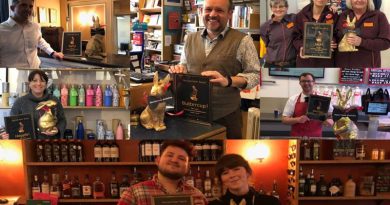