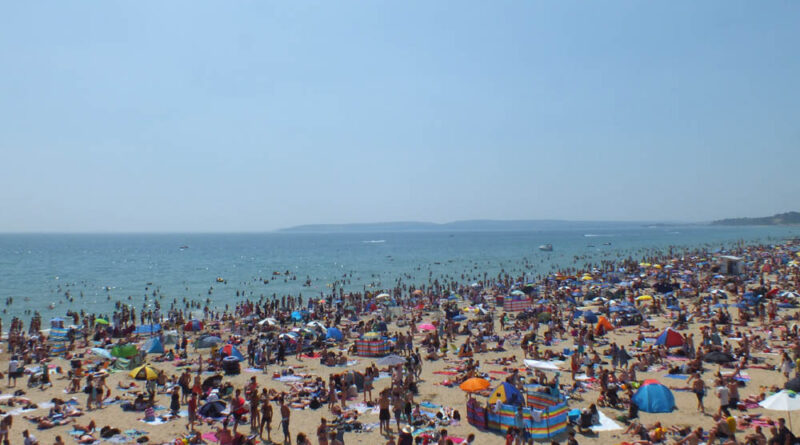 A major incident has been declared after thousands of people defied advice to stay away and descended on BCP Council beaches on the hottest day of the year so far.

A multi-agency emergency response has now been activated to co-ordinate resources across the area to tackle the issues.

Council Leader Vikki Slade said: “We are absolutely appalled at the scenes witnessed on our beaches, particularly at Bournemouth and Sandbanks, in the last 24-48 hours. The irresponsible behaviour and actions of so many people is just shocking and our services are stretched to the absolute hilt trying to keep everyone safe. We have had no choice now but to declare a major incident and initiate an emergency response.”

BCP Council issued 558 parking enforcement fines – the highest on record – and responded to many reports of cars parking and causing an obstruction.

Roads in and out of the area were heavily congested into the early hours.

Crews received widespread abuse and intimidation as they attempted to empty overflowing bins on the seafront. In the stretch between just the piers, eight tonnes of waste was collected yesterday on the second collection run of the day. This morning, a further 33 tons of waste was removed along the full stretch of coastline.

There were also a number of incidents reported which involved excessive alcohol and fights.

Additional police patrols have now been brought in, security put in place to protect refuse crews and additional parking enforcement implemented to support the management of car parks and ticketing.

Signage urging people that the conurbation is full are now in use, including on approach roads.

Overnight campers were evicted and further patrols by seafront ranger staff will be put in place.

Council Leader Vikki Slade added: “The numbers of people descending down here are like those seen on a bank holiday. We are not in a position to welcome visitors in these numbers now or to deal with the full range of problems associated with managing volumes of people like this. PLEASE do not come. We are not able to welcome you yet.”

Assistant Chief Constable Sam de Reya, of Dorset Police, said: “These are unprecedented times and we are urging people to stay away from the area of Bournemouth Beach and other Dorset beaches.

“We continue to work very closely with BCP Council and other partners to ensure the safety of the public.

“We are also deploying additional resources to provide increased patrols in the vicinity to help tackle any issues of anti-social behaviour and other offences being committed.

“The declaration of a major incident allows us to bring agencies together so we can take actions available to us to safeguard the public as much as possible.

“We are also reliant on people taking personal responsibility and strongly advise members of the public to think twice before heading to the area. Clearly we are still in a public health crisis and such a significant volume of people heading to one area places a further strain on emergency services resources.

“This influx of visitors to our area places a significant increase in demand on our service and we would ask people to please bear with us.

“We would therefore stress again that we are asking people to please stay away from the area.”