One of Bournemouth’s biggest rock nights has a new venue. SteamHouse comes to Canvas, on Poole Hill, on July 14, bringing its best bands and the infamous SteamHouse Live girls with them.
[two_fifth]
The SteamHouse night started in 1988 at a pub in Southborne. It played sell-out Sundays from mid-1989 onwards until it moved to another unit in 1995. It held a reunion at The Anvil in 2012 and, more recently, has held court at Inferno on Holdenhurst Road.

It was a continues to be a must-visit for any rock fans, new and old, in Bournemouth. It is of course popular with students but most SteamHouse fans are loyal regulars. At Inferno, they played the first Friday of every month from September 2013 onwards and regularly had queues going outside the door.
[/two_fifth]
[three_fifth_last]

[/three_fifth_last]
For the first night at Canvas, the SteamHouse team are going hell for leather. There will be two live bands – Western Sands and PV Rocks – and a DJ set from Jeff Keenan. Expect singalong rock anthems, enthusiasticly encouraged by the SteamHouse dancers.

What’s more, SteamHouse’s very own brand of IPA will be available on draft, as well as Motorhead’s Road Crew beer. And rockers favourite Jack Daniels will be on promotion all night.

SteamHouse also have a Classic Rock Night coming up at the end of the month. On July 28, the team takeover Zephyr, with DJ Jeff Keenan taking to the decks at 10pm to belt out your favourite anthems. At 2am, it’s over to you as the jukebox will be turned back on for you to battle it out over your favourite rock songs. 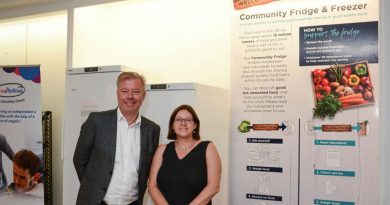