Before we delve into April events, don’t miss Mr Scruff at Canvas, on Poole Hill, this Friday. Before heading off to Paris, he’s playing Bournemouth and Southampton. Bringing his unique brand of funk, electro and tech, you can expect floor-filling tracks past and present. He’s best known for his mixing skills… and his love of tea. See www.bournemouthnews.info for a preview.

From the team who brought you Toma Sundays, the new night for students from the UK and beyond, plus Bournemouth’s eclectic international community, is Monday night at Lolas Restaurant. Ivan de la Fuente and friends will take to the decks so you can dance off your tasty tapas tea. See www.facebook.com/lolas.homemadetapas for more information and menus.

The annual beach run for charity is ideal for people of all fitness levels. Join the Lansdowne insurance team and their family and friends to raise money for the British Heart Foundation. There are different routes for different ages and abilities, including two kids courses. There’s still time to sign up or donate – see www.bournemouth.co.uk/bayrun.

The Canvas Comedy show is a relatively new monthly night and ideal for a Saturday night out that doesn’t involve a hangover… necessarily! Instead, buy one of Canvas’s cool cocktails and enjoy the comedy stylings of Jen Brister, who you may have seen on BBC shows such as Live At The Apollo. Your host for the night of shots and giggles is Luke Honnoraty. See www.canvasbournemouth.com for £8 early bird tickets.

Celebrate England’s patron saint with your friends and family at The St Aldhelm’s Center. There will be live local and tribute acts but the main attraction will be the beer tent, for sure. Organisers promise a selection of unusual craft lagers, 12 real ales and eight real ciders, mostly from local producers. Go to www.tickettailor.com for tickets from £8.

Bournemouth’s Fringe Festival Returns in May 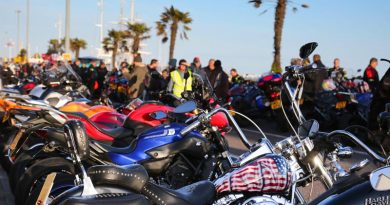 Crown your Coles Miller Dream Machine of the Year 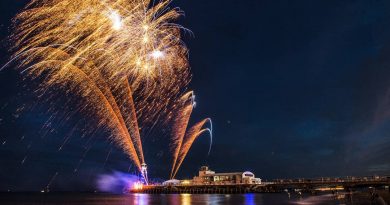