The sun has FINALLY decided to make an appearance; and, as always at this time of year, our sleepy seaside town is waking up and looking forward to summer.

So get out and enjoy the sun! Here are five things that make us happy in April and May.

Superstar DJs: Judge Jules at Canvas on April 13 was the highlight of the year so far and sign that the dance music scene is alive and kicking in Bournemouth’s Soho district. This Friday (April 27) the Canvas team keep up the momentum with the booking of Norman Jay MBE. He’s been spinning vinyl in the best clubs in the world since the late 1970s and knows everything there is to know about breaks and beats. He is an icon, featuring regularly on various television, radio and magazine programmes on black music and dance culture. Jay is considered by many of his peers and contemporaries to be ‘The Peoples DJ’ because of the width and breadth of his deejaying style and universal appeal.

Innovative festivals: We are only just getting over Cheese Fest earlier this month. Wow, we’ve had some crazy cheese dreams ever since! Now it’s time to line our stomachs for the Gin Festival, which kicks off on May 4 at the BIC. It’s an adults only extravaganza, with the opportunity to try a huge variety of gins from all over the world, including exclusive gins you won’t see anywhere else. There will also be live music, great food and a gin cocktail bar, with gin masterclasses and the opportunity to meet gin distillers in person, try free samples and chat about their gin.

Runaway success: Congratulations to everyone who took part in the Bournemouth Bay Run, which was sponsored appropriately enough by Health On-Line. Competitors raised funds for the British Heart Foundation and enjoyed coastal views across the 10k course. You can’t help but feel emotional when hearing about the reasons why some people are taking part. From hastily-scribbled tributes to loved ones on running vests to those who have won the battle and fought their way back to health to tackle the distance themselves, it’s an inspirational occasion in the most beautiful setting. You can sign up now for the 2019 race. See www.bournemouth.com/bay-run.

A lot of laughs: Rob Deering performs stand-up comedy with music, using a guitar, a loop pedal and his voice to create impressive rock and pop soundscapes. Famed for his work on Radio 2, he headlines Coastal Comedy’s latest big night out, this Friday, April 27. Secure your seat by going to www.wegottickets.com.

And finally… second chances: We were gutted when Uncle Frank had to cancel his April gig in Bournemouth. But good news! The event has been rescheduled for Uncle Frank rescheduled for September 7. With national airplay from BBC6 Music and BBC Radio 2, Uncle Frank’s star is rising with thrilling live shows throughout the UK, in particular with Craig Charles’ Funk and Soul nights. He will be ably supported by The Allergies. Get your tickets at www.canvasbournemouth.com.

About the author ‘Suzi Dixon’

Editor in chief of bournemouthnews.info Suzi Dixon studied at Bournemouth university, went away for a while to work at The Daily Telegraph, then moved back to the sunny South coast for a quiet (er) life. Now, amongst other things, she guest writes for us at Lets Go Out! 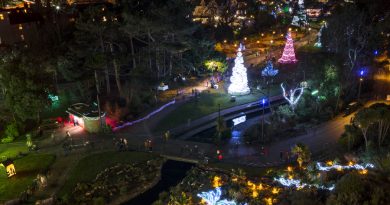 Christmas Tree Wonderland returns to light up Bournemouth in 2019 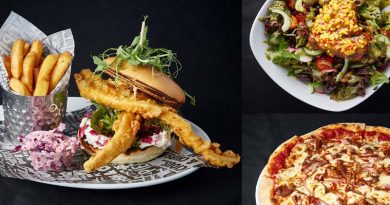