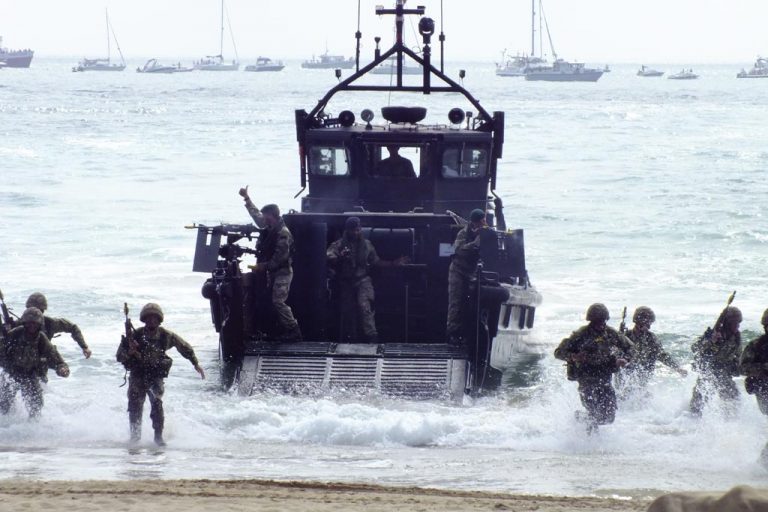 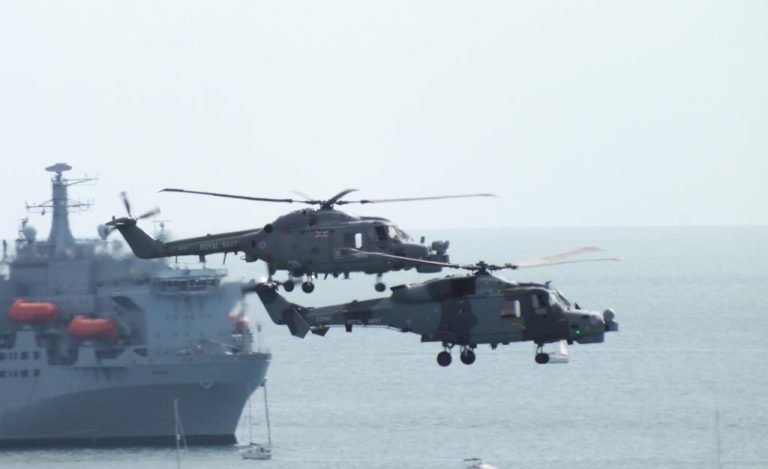 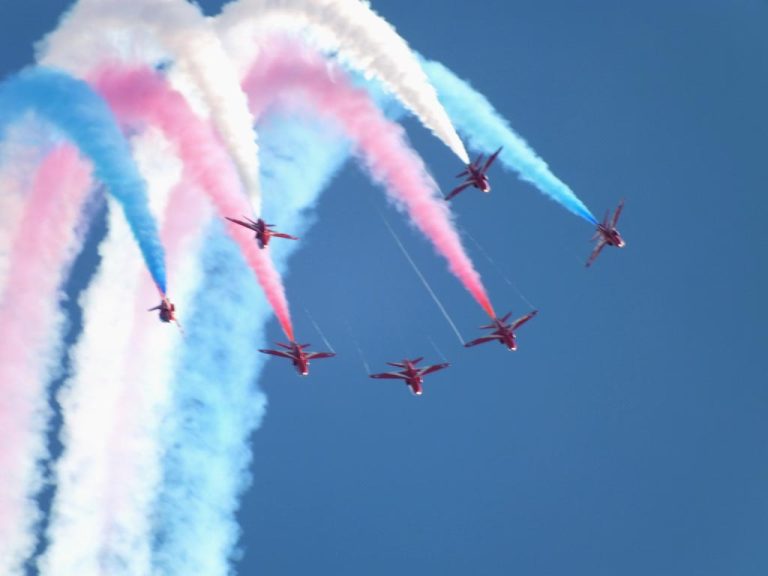 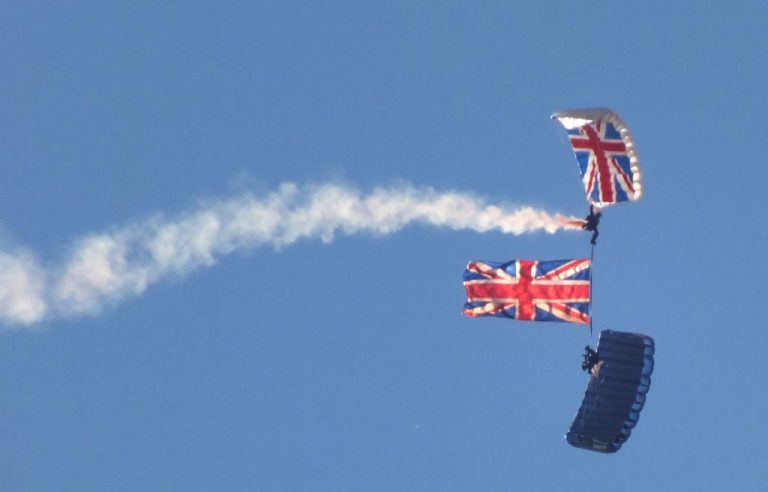 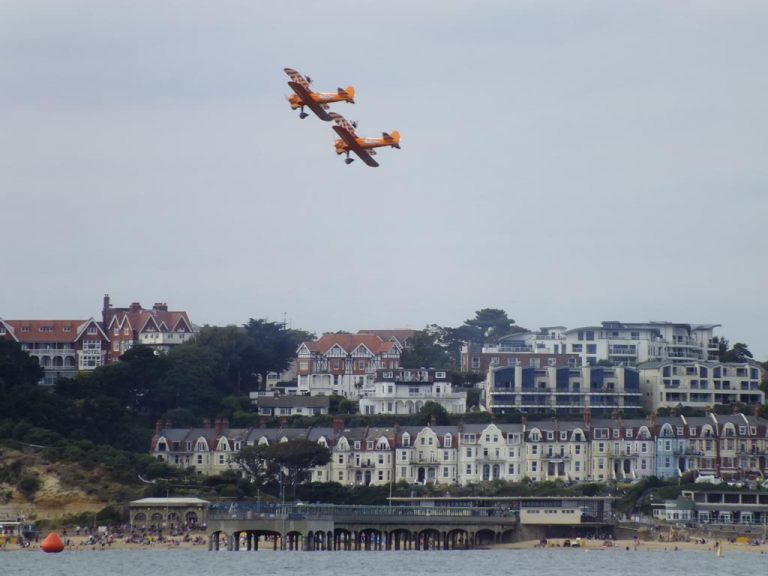 Planning is now well under way with the first 3 display teams confirmed! In the meantime you can see below what happened at the 2021 show and remember to check back regularly for updates!

So what’s on and when?

Please note that displays may be subject to change due to weather conditions and aircraft availability.

RAF TYPHOON DISPLAY TEAM
Another popular attraction! The Typhoon also makes a welcome return for 2022, appearing on all 4 days of the festival.

BATTLE OF BRITAIN MEMORIAL FLIGHT (BBMF)
This historic flight features a LANCASTER, SPITFIRE and HURRICANE and is an impressive sight to see. It is set to appear on all four days.

ULTIMATE WARBIRDS
Returning for 2021 is the Ultimate Warbirds featuring four of the most iconic Warbirds including the Buchon, Spitfire, P-47D Thunderbolt and Mustang.

FIREFLIES AEROBATIC DISPLAY TEAM
These RV4 light weight aircraft will be displaying both during the day and at dusk – don’t miss their pyrotechnic displays!

RAF CHINOOK
The mighty Chinook is a firm air festival favourite and returns again this year on Friday, Saturday and Sunday.

BRITISH ARMY TIGERS FREEFALL PARACHUTE DISPLAY TEAM
The Tigers will once again be dropping in on the festival with smoke trailing and flags flying.

RED DEVILS PARACHUTE REGIMENTAL FREEFALL TEAM
The official parachute display team of both The Parachute Regiment (The Paras) and the British Army. They will be performing dusk jumps plus a special daytime jump on Sunday.

SPITFIRE PS853
One of the best loved British aircraft of all time!

THE BLADES
The Blades are a formation display team made up of predominantly former Red Arrows pilots and are the only civilian team to display at every festival. The team also consists of the only female display pilot at this year’s festival.

RN WILDCAT HELICOPTER
Back for 2021 is a solo Royal Navy Wildcat with their Augusta Westland 159 Wildcat helicopter.

RAZZLE BLADES – CANCELLED
New for 2021 are the Belgium Air Force with their A-109 helicopter with it’s striking camouflage paint scheme.

The fun doesn’t stop when the sun goes down as the ‘Night Air‘ programme kicks in! On Thursday, Friday and Saturday evenings there will be dusk displays from a number of aircraft, many with glowing lights, trailing smoke and sparkling pyrotechnics!

RED DEVILS PARACHUTE REGIMENTAL FREEFALL TEAM
The official parachute display team of both The Parachute Regiment (The Paras) and the British Army. They will be performing dusk jumps on the Thursday, Friday & Saturday.

BRITISH ARMY TIGERS FREEFALL PARACHUTE DISPLAY TEAM
See The Tigers once again as they drop in at dusk!

SPITFIRE PS853
The classic aircraft takes to the sky once again.

The action doesn’t just happen in the air, there is always plenty going on on the ground too with 1.5 miles of trading stalls and ground displays located between Bournemouth and Boscombe Piers and attractions at Pier Approach, in the Lower Gardens, up on the East Overcliff and in the town square.

Royal Navy Village
Always a popular attraction the village can be found on the beach and is open daily from 10.00am. You can meet members of the service and get info about joining the navy, check out the weapons dome and purchase promotional merchandise. You may also spot a P2000 in the bay.

Army Village
Also on the beach the Army Village features a number of their land vehicles and equipment including a Gazelle helicopter, a battle tank, infantry quad bike, a armoured vehicle and army trucks. There will be displays of the weapons used by the army plus you will be able to find out more about joining the army.

RAF Village
Located on the East Overcliff, and this year will be home to The Red Arrows and Typhoon trailers, a static Hawk and interactive virtual reality experience! On the East Overcliff you’ll also find the Royal Navy Dive Tank making a popular return, keeping the crowds cool in any warm weather! Those interested in joining the RAF are able to meet serving servicemen plus there will also be stands from the air festival charities and a weapons display.

Altas Elektronik UK STEM
Integrating the areas and challenges of science, technology, engineering, and mathematics, STEM is an approach to learning and development. At the Atlas Elektronik UK STEM marquee you will find a number of the region’s high profile companies and experts specialising in various STEM sectors on hand to speak to and ready to inspire the next generation of engineers, scientists, researchers, IT specialists and more!

Sunseeker Parade
Not technically on the ground but close by! The Sunseeker Parade is set to take part on Saturday 4th September and is aiming to bring together the largest number of new and classic Sunseeker yachts in a parade along the seafront!⁠ Enthusiasts won’t want to miss this!

Food and Drink
And when you are feeling peckish there will be an abundance of catering stalls and outlets serving everything from traditional fish and chips to international cuisines.

Traders
Other highlights and trade stands on the ground include Dorset Police, Bournemouth Airport, RSPB, RNLI, Oakley, The Woodland Trust and WWF, to name but a few!

Funfair
Plus the funfair will be back in town for those fancying some thrills in between displays!

The Lower Gardens will have a variety of family entertainment throughout the festival including music from the Prince of Wales Army Band.

On Sunday enjoy the Praise Sunday Service in the Bandstand 9am – 11am, followed by a Royal Navy concert with HM RM Band Collingwood and performance by Prince of Wales Army Band.

No event would be complete without fireworks! Two displays this year – Friday and Saturday at 10.00pm.

The programme costs £6 and is available to purchase from local shops from August and at the festival itself. You can also purchase a copy online (P&P charges apply). The programme includes an unique code which will allow you to access the online timetable via the website or app. Displays may be subject to change due to weather conditions and aircraft availabilty so the app will provide up to date information throughout the festival.