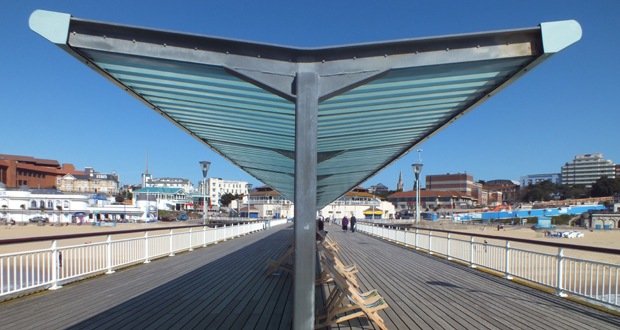 COVID-19: Please be aware that due to the current ever changing guidelines it is strongly advised that you check with each venue beforehand to see if they are open and how your visit may be affected.

Home / Things To Do / Bournemouth Pier 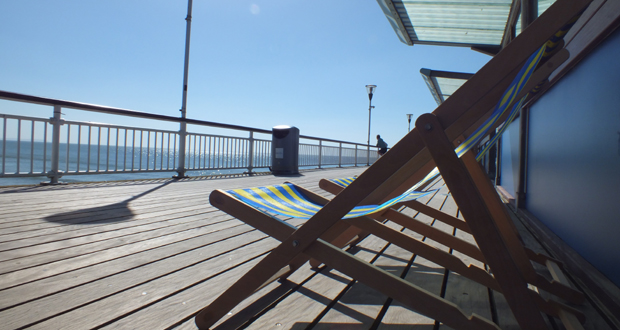 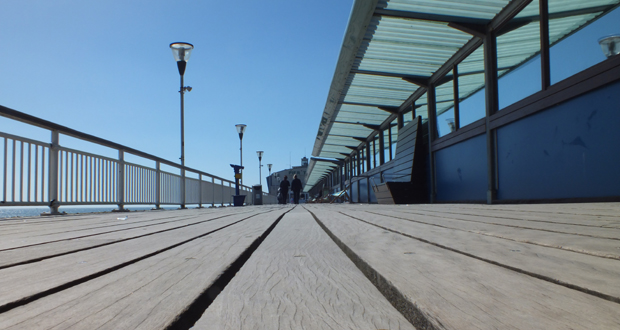 Bournemouth Pier is a traditional pier with beautiful views over the bay with the Isle of Wight on one side and the Purbeck Hills on the other.

At the start of the pier is a popular amusement arcade and a number of outlets selling all those holiday goodies including seaside rock, candy floss and ice-creams!

You will also find a small beach shop, just in case you have forgotten those beach essentials!

The beautiful Aruba Restaurant and Bar overlooks the pier and offers a wide range of cocktails and delicious meals. They have an outside seating area, which is just an idyllic spot to sit, relax and watch the world go by!

In 2014 a new all weather adventure activity centre ‘RockReef‘ which was previously the pier theatre opened. The centre features a range of attractions including Clip ‘n’ Climb, Highline, Pier Cave, ‘Leap of Faith’ jumping challenge and vertical drop slide.

The Pier Zip Line opened in September 2014 and is the world’s first ever pier to shore zip wire. At the end of the pier is a launch tower, towering 80ft above sea level, which gives users the ultimate ‘zip surf’ over the waves to the landing platform on Bournemouth Beach. It is also dual line so people can ‘race’ their friends!

Key West Restaurant is located towards the end of the pier and is a great place to unwind with a refreshing drink or a scrumptious meal.

Bournemouth’s first pier was built by Samuel Ingram between 1855 and 1856 and was approximately 100 foot long. In fact it was more of a wooden jetty and was soon destroyed by storms.

In 1859 work started on a new timber pier and on 17th September 1861 the new pier was finally opened by local land owner, Sir George Gervis, and visitors were charged 1 pence to enter. Sadly storms and wood boring beetles weakened the pier, making it shorter, until it finally had to close in 1876.

However Bournemouth was now a popular tourist destination and it was felt that a new and stronger pier was needed. Eugenius Birch who was the most famous pier designer in the world was commissioned to design it.

The new pier would be 775 feet long and 110 feet long at its widest point and built of iron.

The pier was officially opened on 11th August 1880 by the Lord Mayor of London. Built by Bergheim & Co London, the construction of the pier cost £21,600 and became an immediate success taking £2,225 in its first year.

A bandstand was added in 1885, rowing boats became available to hire and pleasure steamers would offer trips. It became so popular that between 1893 and 1909 the pier was extended to over 1000 feet.

Other facilities including a refreshment stall, seating and newspaper stall were gradually added and the military bands would play most days.

A hard wearing teak decking was installed in 1909 when the roller-skating craze hit town and a spring board added at the end for diving off the pier!

In 1934 a solarium was added to buildings at the end of the pier due to the rising popularity of sunbathing.

However World War II saw the pier being officially closed in July 1940 and it was partially demolished by blowing up the last three spans of the pier. This was common with many piers in the country at that time as a precaution against German invasion during the war.

The pier re-opened in 1946 and the current pier theatre was constructed in 1959 along with the present bar and cafe with the pier head having to be reinforced to take the weight of the 900 seat theatre.

In 1978 plans were drawn up to restore the pier once again with the old ironwork being replaced by durable concrete. Therefore in 1979 and 1980 it underwent a restoration project at a cost of £2 million. The Showbar nightclub was added along with an amusement arcade and shop units.

In 2006 private operators took over the day to day running of the pier and the old Showbar nightclub became a restaurant.

Today the pier still retains its unique character and a stroll along it is highly recommended. The ongoing maintenance and repairs are partially funded by the admission prices (prices correct April 2020):

Please note that these toll prices are subject to change at any time and season tickets are not valid during Air Festival dates.

Bournemouth Pier is owned and run by Openwide International Ltd who operate on a 20 year lease from the council. The company are a coastal regeneration specialist and their aim for Bournemouth Pier is to provide adults and children with healthy exercise, adventure and challenges in a fun and safe environment. 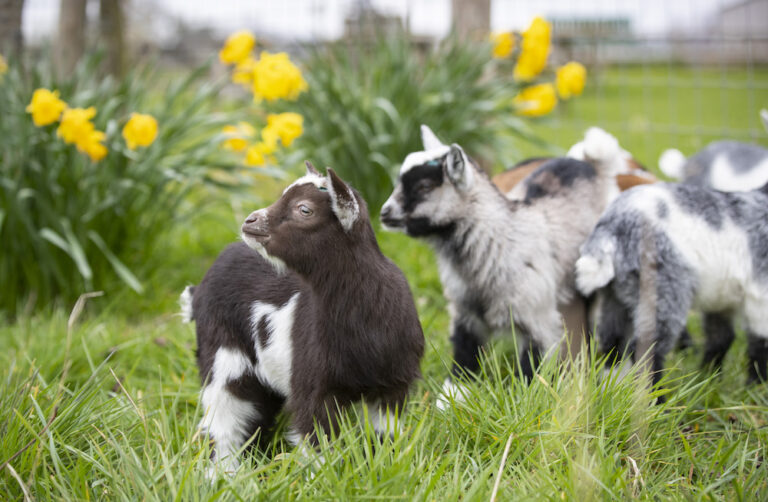 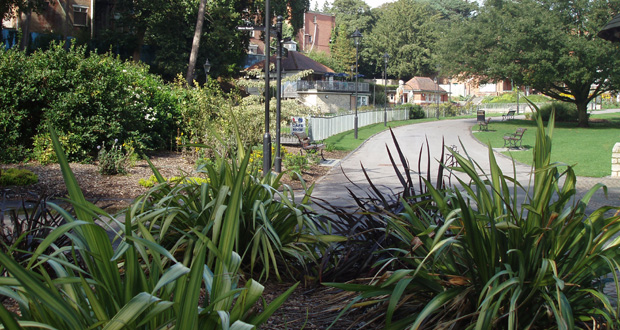 Bournemouth
Located opposite Boscombe Pier in the chine, Boscombe Chine Gardens are beautiful gardens dating back to the 1880’s. The colourful Read more... 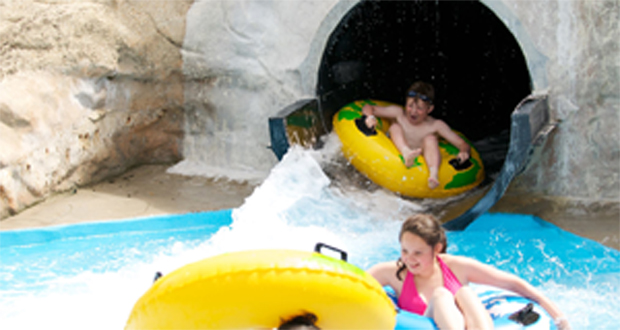