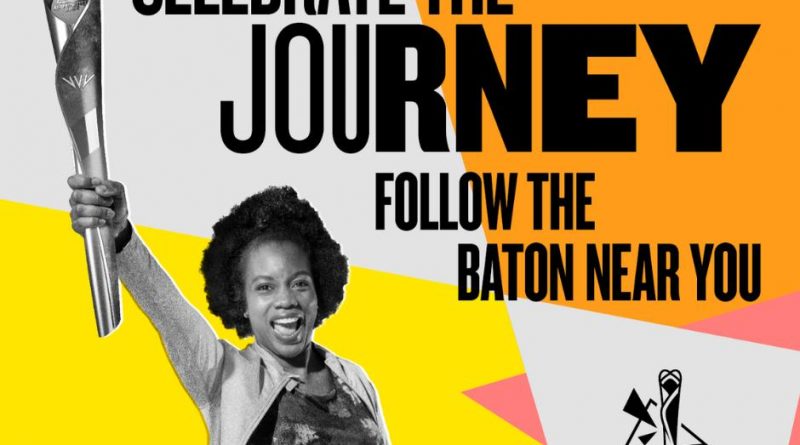 The Birmingham 2022 Queen’s Baton Relay will visit our iconic coastal towns during its journey through England this summer as the full route is revealed.

Kicking off on Thursday 2 June, the Baton will spend four days in London, coinciding with the Queen’s Platinum Jubilee Weekend. The Baton will then resume the international journey before returning to England to commence a 25-day tour of the regions providing the opportunity for communities to experience the excitement of Birmingham 2022, as the 11 days of showstopping sport nears ever closer.

On Monday 4 July Poole and Bournemouth will officially welcome the Baton as it continues its journey along the promenade from Poole into Bournemouth.

“It is a real privilege to be a part of this tradition that celebrates, connects and excites communities across the Commonwealth during the build up to the Games and we are excited that Poole and Bournemouth have been selected to play a key part in the Queen’s Baton Relay through the South West this summer.

We are looking forward to watching the Baton as it makes its way along the promenade of our stunning coastline. It’s a perfect location to join in the excitement and to cheer on our marvellous Batonbearers and an opportunity for residents and visitors to experience the buzz of Birmingham 2022 right on our own doorstep.”

Thousands of Batonbearers, each with inspiring backgrounds and stories, will have the honour of carrying the Baton during the journey through England, including those nominated in recognition of their contributions to their local community, whether that be in sport, education, the arts, culture or charity. Between 40 and 130 Batonbearers will carry the Baton each day, and the Relay will reach hundreds of villages, towns and cities during its tour of the country.

The Birmingham 2022 Queen’s Baton Relay began at Buckingham Palace on 7 October 2021, when The Queen placed Her Message to the Commonwealth into the Baton and passed it to four-time Paralympic gold medallist Kadeena Cox, who had the honour of being the first of thousands of Batonbearers to carry the Baton.

Since then, the Baton has visited Commonwealth nations and territories in Europe, Africa, Oceania. It still has further destinations in the Caribbean, the Americas, and more countries in Europe, including the Home Nations consisting of five days in Scotland, four in Northern Ireland and five in Wales, where it will finish on Sunday 3 July, before returning to England in summer for the final countdown to the Commonwealth Games.

For more information on the Queen’s Baton Relay, visit www.birmingham2022.com/qbr.