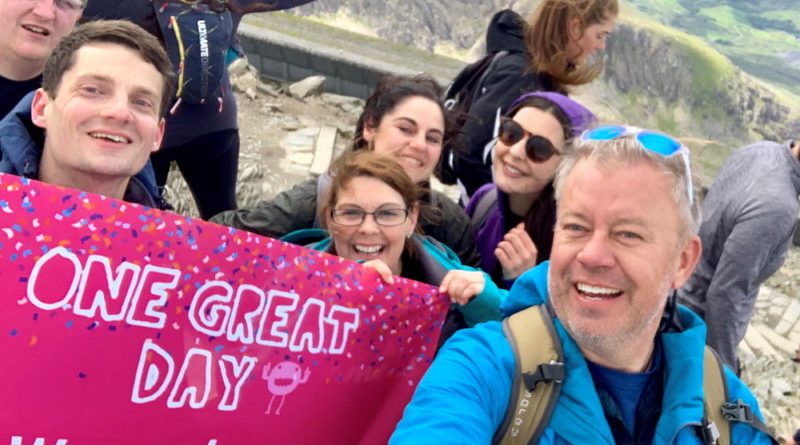 Staff at the Dolphin Shopping Centre embarked on an intrepid exhibition on Thursday June 20 to reach the peak of Mount Snowdown.

Having completed the challenge, the Dolphin team has so far raised a total of £835 which will be split between two charities, Great Ormond Street Hospital and Diverse Abilities.


The Dolphin team was joined by volunteers from other Legal & General owned shopping centres, The Grafton in Cambridge and The Grosvenor in Northampton. There were 14 volunteers in total from all three shopping centres that undertook the challenge.

John Grinnell, centre manager at the Dolphin Shopping Centre, commented: “I speak on behalf of all the team when I say we thoroughly enjoyed climbing to the summit of Mount Snowdon – what an achievement! It took us approximately seven hours to get to the peak and when we got there, we were rewarded with views that stretched for miles.

“Snowdon is one of the most famous and recognisable sights in the UK and it was a challenging way for us to raise funds for both charities. We’d like to thank everyone that has supported us along the way so far as it really helped spur us on!”

Mount Snowdon is the highest peak in England and Wales at 1,085m above sea level and is located in Snowdonia National Park in Gwynedd, North Wales. Over 400,000 walkers climb the mountain each year.

Money raised by the Dolphin Shopping Centre’s challenge will be allocated to both Great Ormond Street Hospital, a charity raising money to enable the hospital to provide care and to pioneer new treatments and cures for childhood illnesses, and to the centre’s nominated ‘Charity of the Year,’ Diverse Abilities. Diverse Abilities is Dorset’s disability charity which supports children and adults with profound physical and learning disabilities.

Show your support for the Dolphin Shopping Centre team via the charity fundraising page www.justgiving.com/teams/PooleDolphin