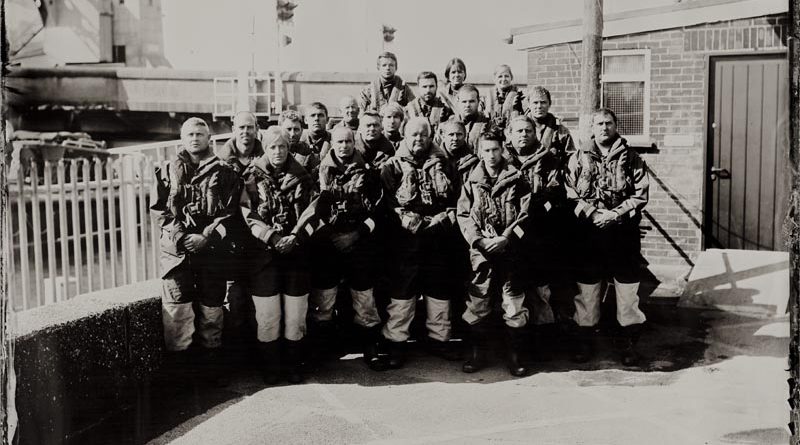 Unique glass plate images of lifeboats and lifeboat crews from around Britain and Ireland are now on display in the RNLI College in Poole.

The College, in West Quay Road, is where the RNLI trains its volunteer crews. It is also home to an award-winning hotel and conference centre open to the public.


The life-saving charity is now sharing a selection of images that formed part of the ground-breaking ‘Calm Before the Storm’ exhibition that took place at Poole Museum in 2019.

Although the striking images being shown on the walls of the College span over nearly 100 years, they have all been taken on glass plates

There are ten historic images of early lifeboats taken from the historic Beken archive – a family of photographers that captured maritime life in the early 20th Century – and a selection of contemporary work by Jack Lowe, a man on a mission to capture all 238 stations using a Victorian photographic technique.

The fascinating Beken images of early lifeboats were acquired by the charity thanks to Heritage Lottery funding and a private donor, while Jack’s images include the faces of current volunteers from around the coast, along with some from Poole’s own RNLI station.