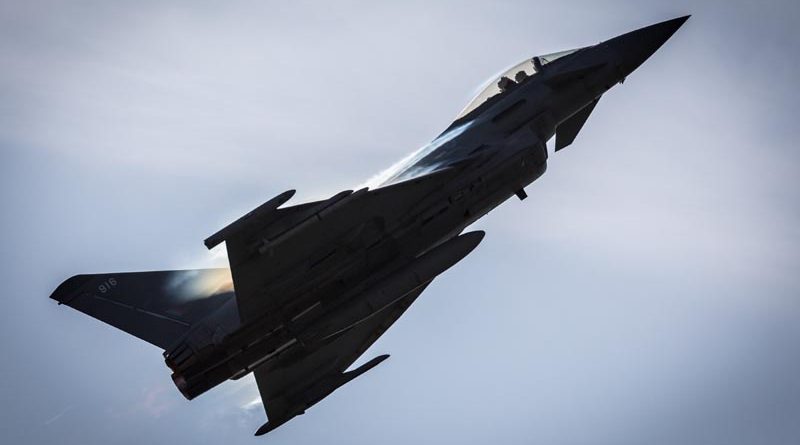 For the hundreds of thousands who flock annually to the Bournemouth Air Festival, the event is all about having the best time at the UK’s best beach, seeing fantastic aircraft, enjoying great entertainment, live music, meeting the military and making super summer memories.  However, to make this happen an awful lot goes on behind the scenes!  Of particular note is the invaluable support of the Air Festival sponsors who help make it possible to consistently offer such a high calibre of free entertainment every year.


This year, long-standing festival supporter Morgan Sindall Investments Limited, with Morgan Sindall Construction have helped secure the incredible RAF Typhoon, returning for the first time since 2016. Duncan Johnston Development Director on behalf of Morgan Sindall Investments said; ““For us, the Air Festival is a superb event to be associated with. After a three-year absence, we’re really pleased the Typhoon is back and that we helped achieve this. It emphasises our corporate social responsibility and reinforces the partnership between Morgan Sindall and BCP Council.”

A real highlight for this year is set to be, for the first time, the display appearance of the awesome Saab Draken operated by the Swedish Airforce Historic Flight. Performing at the weekend the mighty aircraft is supported by the generosity of World Fuel Services (WFS).  Mark Atherton, sales director general aviation at WFS said; “We are proud to be supporting Bournemouth Air Festival for another year and, in particular, the Saab Draken as it debuts its jet display performance. Our presence at this award-winning festival demonstrates WFS commitment to the general aviation market.”

Added Jon Weaver, Air Festival Director; “The cost of staging the Air Festival is an annual challenge and it’s with huge thanks to sponsors and supporters that we are still able to achieve this. Year on year we strive to be the best and offer an event unlike any other – keeping the offers fresh this year hospitality has a new style marquee, delicious buffet food and both day and night options.” Regarded as the UK’s most successful civilian air show with brilliant day and night time entertainment in the skies, on land and in the evening, the 12th Air Festival, 29th August – 1st September, is certainly set to be the event of the summer!  Official brochure with the full line up of aircraft and entertainment is available to purchase now from a list of local retailers including the Tourist Information Centre, Pier Approach, or visit bournemouthair.co.uk for details.