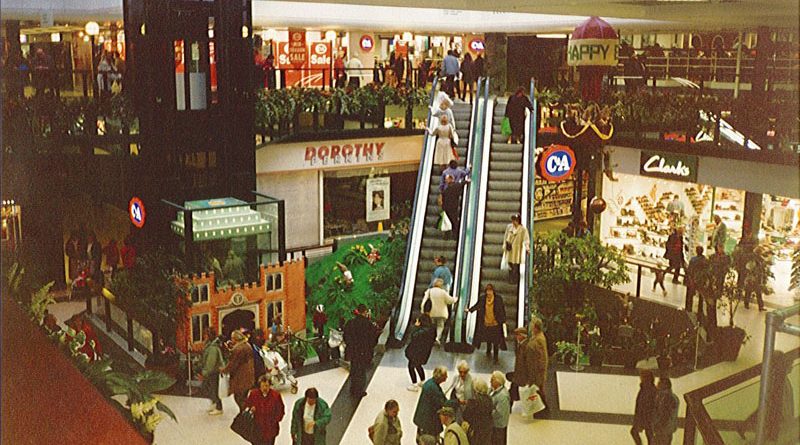 The Dolphin Shopping Centre in Poole is celebrating its 50th anniversary this year and has a weekend of celebratory activities planned for Saturday August 3 and Sunday August 4 to commemorate the occasion.


The Dolphin officially opened its doors on July 1 1969, known for the first two decades as The Arndale Centre, before a newly refurbished centre opened in 1989 under its new name, the Dolphin Shopping Centre.

Activities for the celebratory weekend include:

John Grinnell, centre manager at the Dolphin Shopping Centre, commented: “We’re so excited to officially celebrate the Dolphin’s 50th anniversary and hope to see as many of you as possible for our jam-packed weekend of activities.

“We’re particularly excited to bring you a very special snail mail postal delivery service. Our cheerfully efficient posties will be wandering around the centre encouraging people to write a postcard to others or even for themselves! This will then be sent on its way with much theatre – it’s the perfect antidote to our need for speed in the age of instant communications and a great reminder of the days without access to this.”

To celebrate the centre’s 50th anniversary, the Dolphin’s renowned wooden animals will be making a return to the centre for a limited period of time.

John added: “The hippo, turtle and whale are a cherished part of the centre’s heritage, so it’s only natural that these would return for our special celebratory weekend and several weeks following this.

“We understand that they hold great sentimental value for many people that spent their childhoods in the shopping centre. Unfortunately, it isn’t possible to climb on the animals, but they will be in full view for people to enjoy.” Visit www.dolphinshoppingcentre.co.uk for further information .